Postcards From the Edge

Christmas Around The World 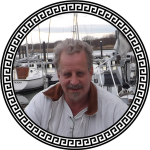 Christmas is celebrated around the world in many different ways. Traditions, Songs and Food are just a few of the variations from country to country, but in spite of these differences, family, friends and sharing remain a common thread regardless of the language one may speak.

Some Traditions from around the world:

In Japan a Buddhist monk named Hotei-osho acts like a Santa Claus delivering presents to each child. Some stories say that he has eyes in the back of his head paralleling St Nicks naught and nice list.

The Philippines, one of two Catholic countries in Asia – East Timor is the other one, has one of the longest Christmas holidays in the world and is widely celebrated. Christmas carols begin as early as September 1st and is usualy ushered in with a nine-day Mass that starts on December 16.

In Venezuela the unofficial start of the Christmas season is after the “Feria de la Chinita” in the second half of November. The origin of this festival comes from the cult to Virgin Mary of Chiquinquirá, where various religious activities, processions, and music honor “La Chinita” (nickname for Mother Mary).

In Denmark the Danes celebrate on December 24, which is the “Yule evening”. An evening meal usually consists of roast pork, roast duck or roast goose and side dishes of potatoes, gravy, red cabbage and rice pudding. The rice pudding also contains chopped peeled almonds, and a single whole peeled almond. Whoever finds the whole almond will have good luck for the coming year,

This year we are celebrating our Christmas with a meal that comes from four corners of the world.

Christmas Around The World Menu

Yo-Ho Swabies. Ye’ve followed the chart and discovered the booty ‘neath the X. Be ye pirate enough to join my ranks and fight alongside one of the most bloodthirsty and scandalous corsairs to ever darken the Seven Seas??? Then come aboard and join me to set sail for adventure, the like of which ye’ve never spied in all yer days.

The Legend of Sleepy Hollow