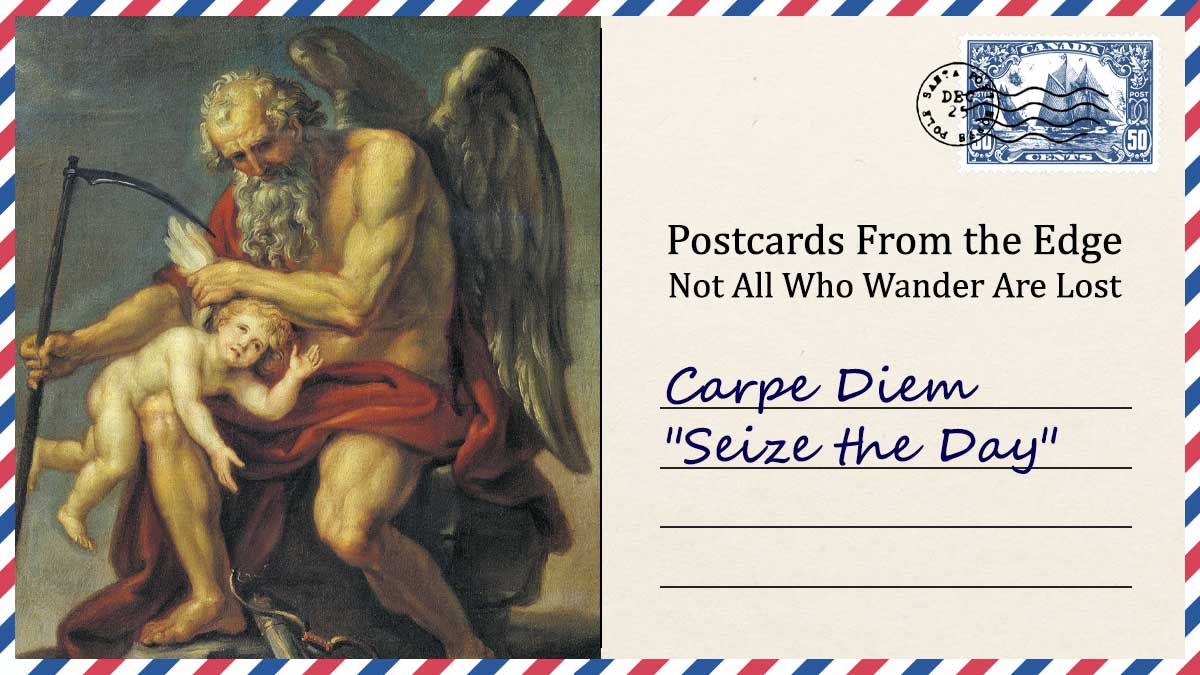 Carpe diem is a Latin aphorism, usually translated “seize the day”, taken from book 1 of the Roman poet Horace‘s work Odes (23 BC).

In the moment of our talking, envious time has ebb’d away. Seize the present; trust tomorrow e’en as little as you may.

In Greek mythology, Saturn was called Cronus and was king of the cosmos for “untold ages”, his father was Uranus and his mother was Gaia (earth). Cronus seized power by castrating and killing his father Uranus.

Like all tyrants, he too feared his demise, so Cronus had a bad habit of eating his own children to prevent them from usurping the throne (that his child would overthrow him had been the prophecy foretold long before Harry Potter).

His wife, Rhea hid her sixth child, Zeus, on the island of Crete, and offered Cronus a large stone wrapped in swaddling clothes in his place; Cronus promptly devoured it. Zeus later overthrew Cronus becoming the new king of the cosmos.

In Roman mythology, he was known as the god of agriculture, justice, and strength. He held a sickle in his left hand and a bundle of wheat in his right. His mother was Terra (Earth) and his father was Caelus (Sky). His reign was depicted as a Golden Age of abundance and peace by many Roman authors.

An old Roman tradition, in memory of the Golden Age of man which was a mythical age when Saturn was said to have ruled, a great feast called Saturnalia was held during the winter months around the time of the winter solstice.

It was originally only one day long, taking place on December 17th, but later developed into a week-long celebration. During Saturnalia, roles of master and slave were reversed, moral restrictions loosened, and the rules of etiquette ignored.

It is thought that the festivals of Saturnalia and Lupercalia are the roots of the modern carnival celebrations.

In Christian mythology, Saturn has always been associated with the letter of the law. Gnostics have identified Saturn with the god of Early Scripture, whom they regarded as a tyrannical father, obsessed with rigid enforcement of the law.

There is a symbolic link between Saturn and the God of Early Scripture through the use of Saturday. Saturn’s Day, the seventh day of Scripture, the holy day of rest.

So grab life my friends and go out and Seize the Day. Carpe Diem my friends. 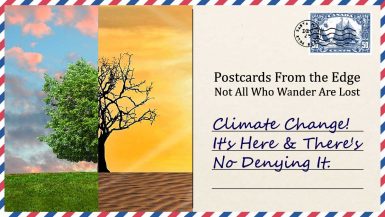 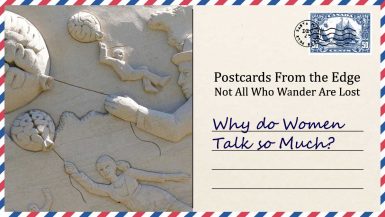 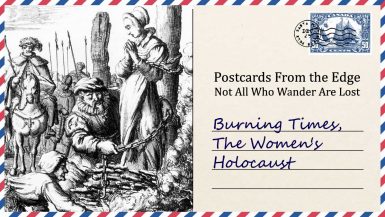