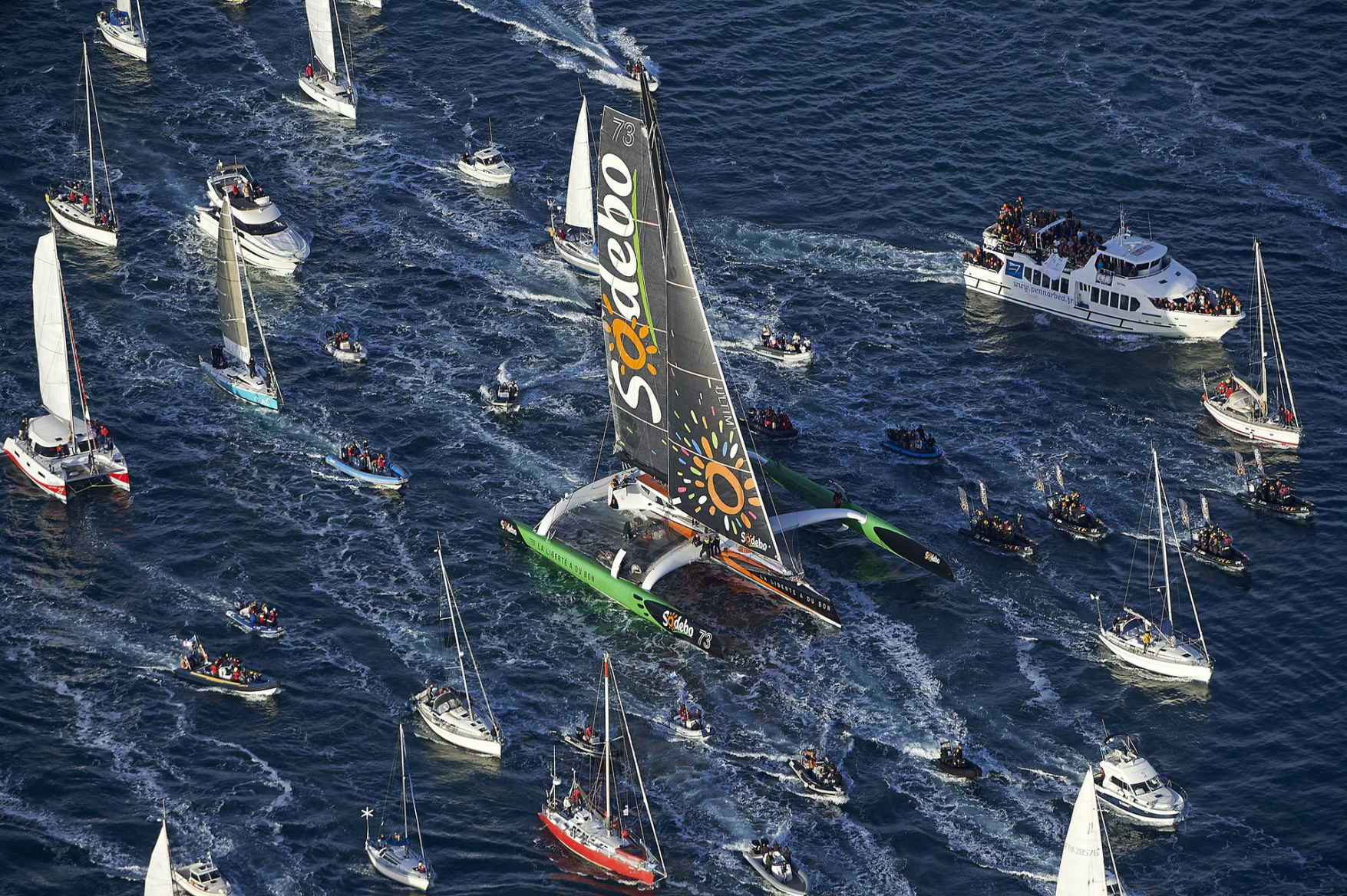 French skipper Thomas Coville has set a new record in solo non-stop round the world sailing. He launched his atempt from the English Channel on November 6 sailing back to his starting point on Christmas day, December 25th 2016. Breaking the previous record of 57 days and 13 hours set by fellow Frenchman Francis Joyon. Coville's around the world trek took just 49 days, 3 hours, 7 minutes and 38 seconds making him the fastest sailor alive.

It was a very dangerous adventure because of the titanic size of his trimaran, named Sodebo Ultim. The ship is a 101-feet long by 69-feet wide and it has a 115-foot high mast carrying up to 2231 square feet of sail area. This ship is a beast! He faced enormous obstacles and difficulties on his journey.  Coville was only able sleep in 30 minute intervals because he was alone on the ship.  Winds up to 50 mph and waves up to 33 feet required his constant attention.   Coville sailed more than 32311 miles in 49 days.

Joshua Slocum – 1st Man to Sail Around the World