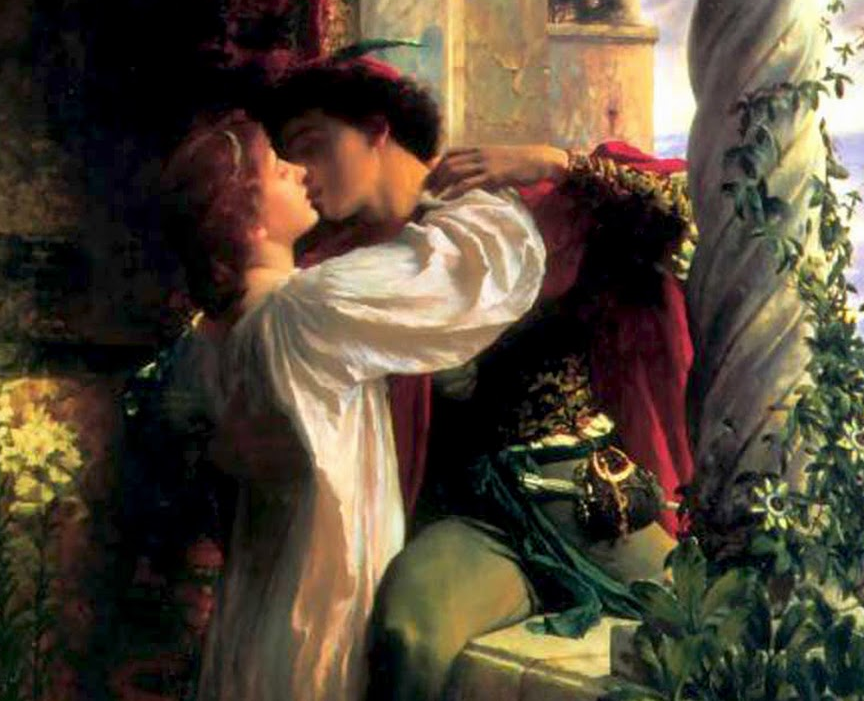 Two households, both alike in dignity,
In fair Verona, where we lay our scene,
From ancient grudge break to new mutiny,
Where civil blood makes civil hands unclean.
From forth the fatal loins of these two foes
A pair of star-crossed lovers take their life.

Romeo and Juliet does not make a specific moral statement about the relationships between love and society, religion, and family; rather, it portrays the chaos and passion of being in love, combining images of love, violence, death, religion, and family in an impressionistic rush leading to the play’s tragic conclusion.

Shakespeare produced most of his work between 1589 and 1613. His early plays were mainly comedies and histories. He then wrote mainly tragedies until about 1608, including Hamlet, King Lear, and Macbeth, considered some of the finest works in the English language. In his last phase, he wrote tragicomedies, also known as romances, and collaborated with other playwrights.

Shakespeare was a respected poet and playwright in his own day, but his reputation did not rise to its present heights until the 19th century. In the 20th century, his work was repeatedly adopted and rediscovered by new movements in scholarship and performance. His plays remain highly popular today and are constantly studied, performed and reinterpreted in diverse cultural and political contexts throughout the world.