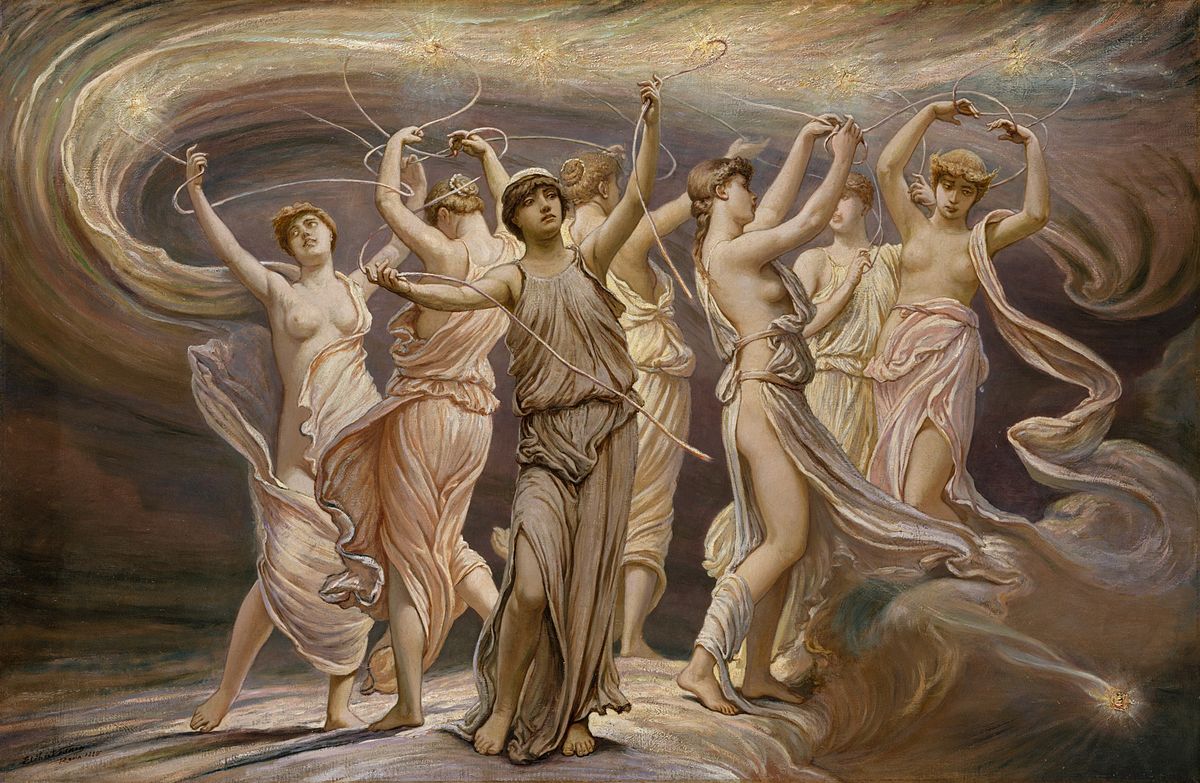 The Pleiades, located more than 400 light-years away in the Taurus constellation, are the subject of many legends and writings throughout the world. Greek mythology holds that the great hunter Orion saw the Pleiades as they walked through the Boeotian countryside, and fancied them. He pursued them for seven years, until Zeus answered their prayers for delivery and transformed them into doves placing them among the stars. Later on, when Orion was killed, he was placed in the heavens behind the Pleiades, immortalizing the chase.

The star cluster was born when dinosaurs still roamed the Earth, about 100 million years ago. It is significantly younger than our 5-billion-year-old sun. The brightest members of the cluster, also the highest-mass stars, are known in Greek mythology as two parents, Atlas and Pleione, and their seven daughters, Alcyone, Electra, Maia, Merope, Taygeta, Celaeno and Asterope. There are thousands of additional lower-mass members, including many stars like our sun. Some scientists believe that our sun grew up in a crowded region like the Pleiades, before migrating to its present, more isolated home.

The Greek Myth of Pleiades