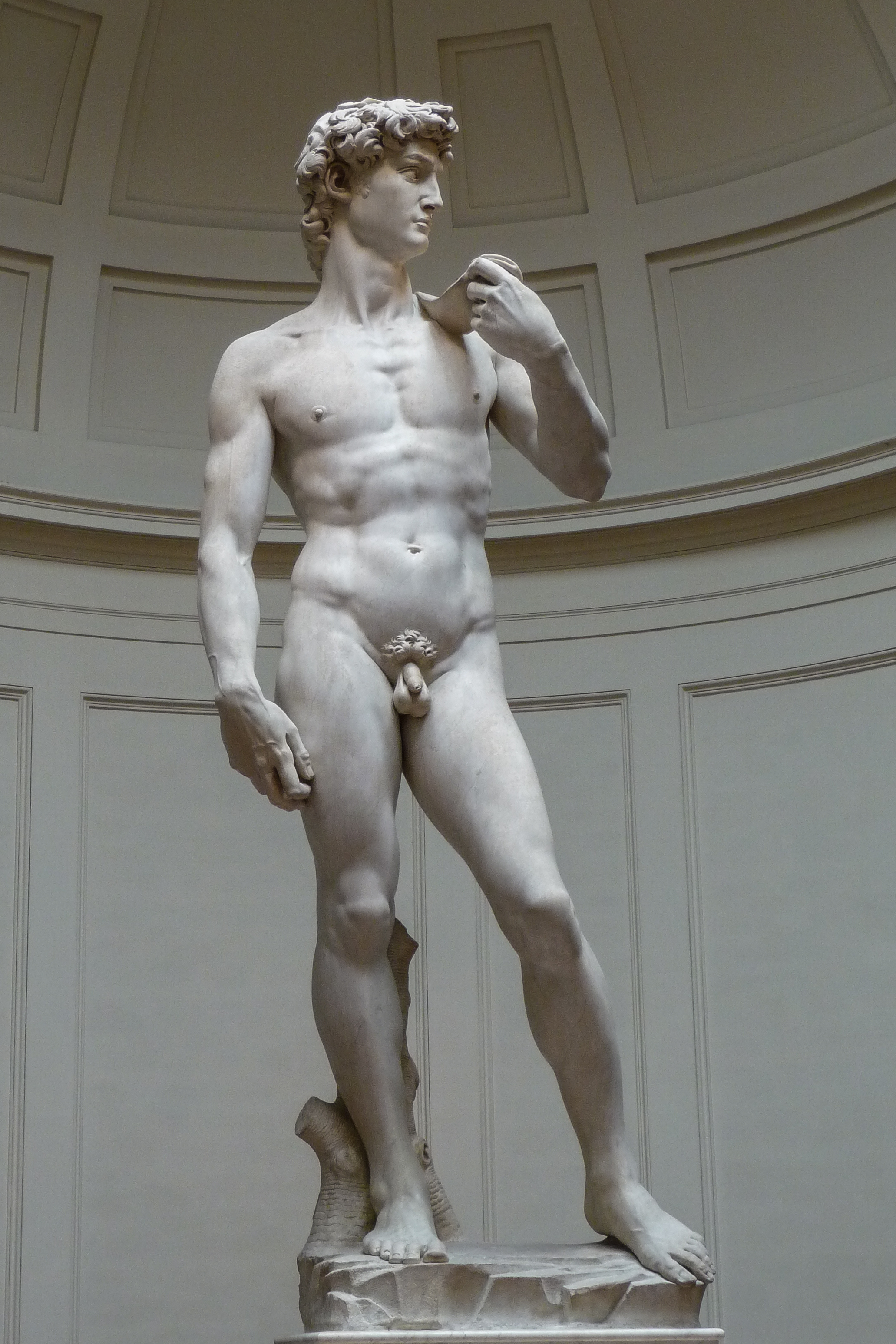 When Michelangelo carved his masterpiece of Renaissance sculpture, do you think he was saying that David had some big balls to do what he did, or am I just extremely well endowed?

1st Book of Samuel, Chapter 17, Verse 50: So David prevailed over the Philistine with a sling and with a stone, and smote the Philistine, and slew him; but there was no sword in the hand of David.

The statue of David is a 17 foot marble statue and was created between 1501 and 1504. It represents the Biblical hero David and was originally commissioned as one of a series of statues of prophets to be positioned along the roof-line of the east end of Florence Cathedral. The statue was instead placed in a public square, outside the Palazzo della Signoria, the seat of civic government in Florence, where it was unveiled on 8 September 1504.

Michelangelo was probably gay and a sexist as he believed that men were superior to women. In one sonnet he declared that the highest form of love is not for women, because a women “are not worthy of a wise and virile heart.”. His biographer, Ascanio Condivi, said that Michelangelo spoke exclusively for his love for men. In all of his correspondence, he never talked about any love for any woman, ever. However in all fairness, he did burn all of his drawings and papers before he died. He was an extraordinarily secretive person.

I always hear that the Christian church discouraged nudity and portrayed sex as evil. In reality that that only applied to the congratulation and not the clergy. Just go look inside the Vatican and you will see naked men galore. I think the priest class of the Catholic religion is made up of entirely gay men. It must be a prerequisite to become a Catholic priest.