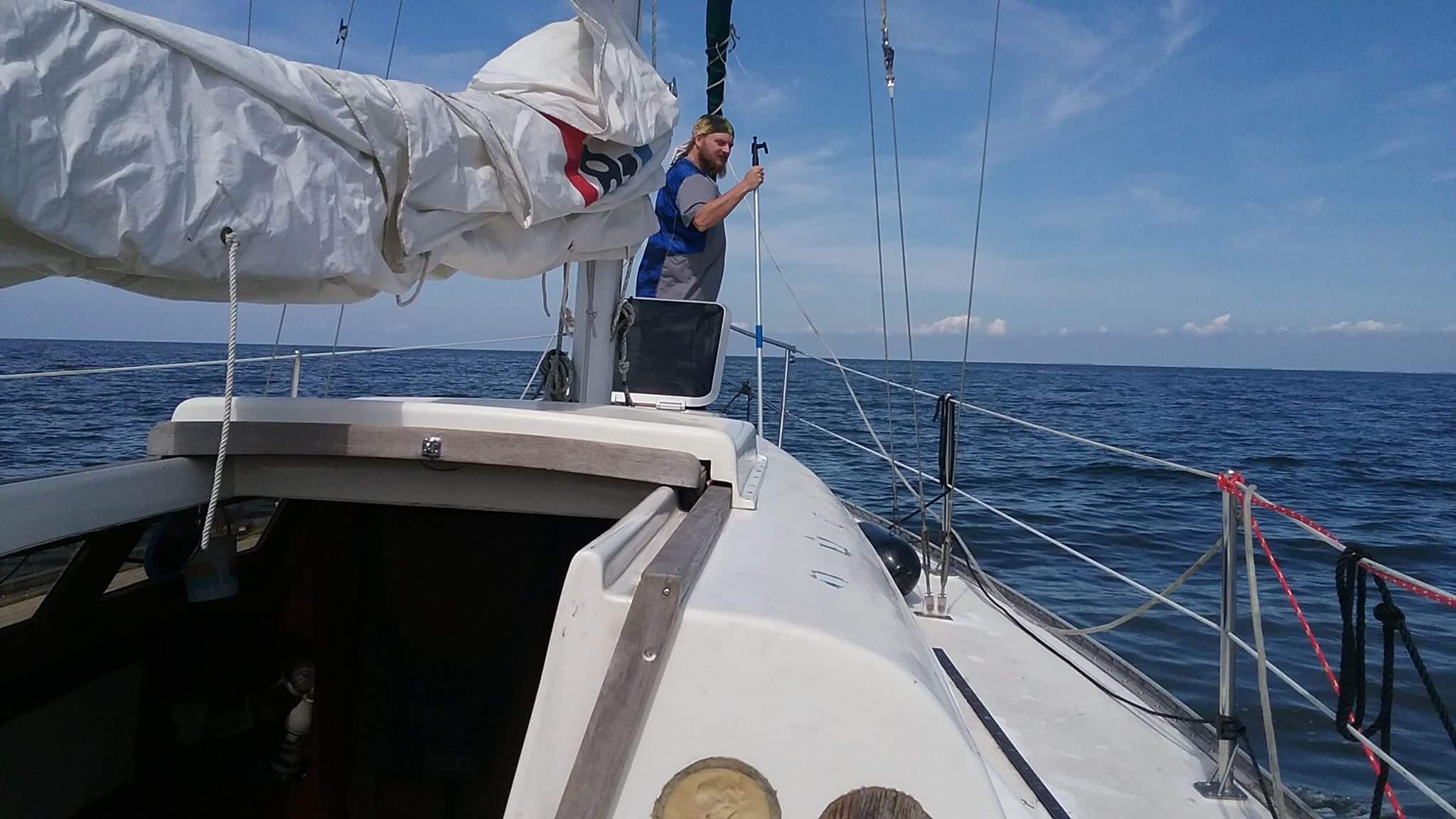 Almost 5 years ago I asked my brother, Stephen, if he wanted to sail to Florida with me in a 27 Ft sailboat. His first response was "Hell No!" but after a few months of me telling stories about sailing he changed his mind. So we began our plan of sailing the ICW from Washington DC to Key West Florida. The 27 ft sailboat did not work out but the following spring I bought a 30 ft Irwin sailboat and we sailed it from Boston Harbor to the Potomac River in the Chesapeake Bay. Last year we sailed a Columbia 34 from the Chesapeake Bay to Lake Michigan.

This past spring Stephen bought a 28 ft Columbia 8.7 sailboat. He asked me to come and help him move it from the hardstand in Baltimore to his new marina on the Chesapeake Bay. His sailboat needed quite a bit of work before it could be put into the water. He cleaned, sanded, patched and painted the bottom and repaired the running lights. He sealed the windows, installed the fuel tank and installed a new Chartplotter. After a few hours of work on the Diesel Engine we put her in the water and set sail across the Chesapeake to Rock Harbor where we took a few days for weather. Then we set sail for his home port of Flag Harbor and ran into a squall which swamped and sank his 8 ft dinghy but by the end of the day we were docking in his slip at Flag Harbor. When I say "set sail" it is a boating term, we actually never turned of the engine because we were worried we would not get it restarted when we wanted to dock.

The actual sea trials were a few weeks later after we had all the engine issues resolved. We just sailed around the Chesapeake Bay for half a day but she performed better than expected. The manufacturer's own reviews said she would be sluggish in low winds but that proved to be untrue. As it turns out the Defiant is a hearty ship that can sail anywhere in the world.

Stephen plans to sail the Defiant south to Florida for this winter. He is looking for a crew of one to assist him in this upcoming journey so if you are an able body adventurer looking for a new way of life give him a shout.

All duties are evenly split between Stephen and Applicant