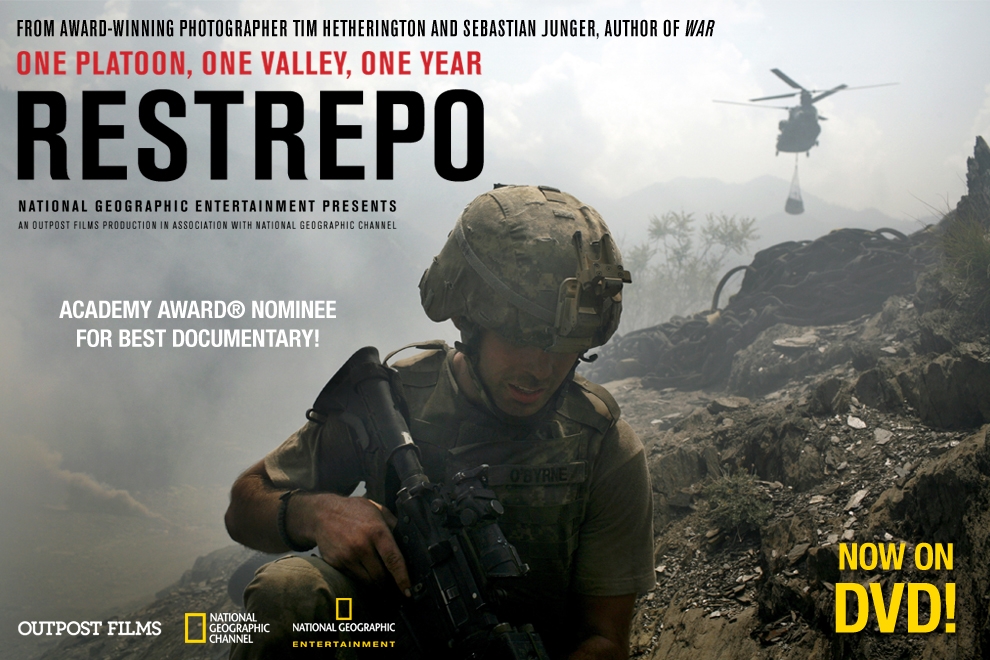 One of the first things that struck me as odd was through the entire movie there was only one instance they showed any captured enemy weapons and that was just a few old beat up, rusted out weapons that may or may not have worked. The fact is that our military is just burning up ammunition and gun platforms (rifles, tanks, helicopters, planes) so the Pentagon via the Tax Payer will continue to buy from Corporate America. The fact is the American Soldiers are far better equipped than the Afghan Solider or as the Military likes to call them Insurgents or as the Government likes to call them The Taliban. The bottom line is that we are occupying their country.

I found it interesting how religion was used in motivating the soldiers. Around the middle of the movie the Capitan was trying to inspire hate into them by going through one by one each solider that had died and then telling the soldiers to remember them when carrying out the next mission. Then he ended his hate rally with a prayer to God, as if that makes everything okay. Another indicator of the Capitan’s low moral charter was he badmouthed his predecessor. In several scenes he talks about the previous Captain’s shortcomings, a true professional will not use someone else to make excuses.

A striking and candid portrait of how the soldiers think can be seen in the story of the stolen cow. Early in the documentary the soldiers are talking how good the fresh cow meat was. Later in the documentary some village elders came to ask for compensation for a stolen cow that the soldiers killed and ate without asking or buying. You can tell the Captain knew it was wrong but refused to reimburse the owner. In another scene the Platoon kills 5 people and injures 10 others, mostly women and children. He again blows off the complaints from the villagers and gives them empty promises of jobs and future wealth. Which we know will never be delivered. There is just a total disregard for all Afghans by the American soldiers.