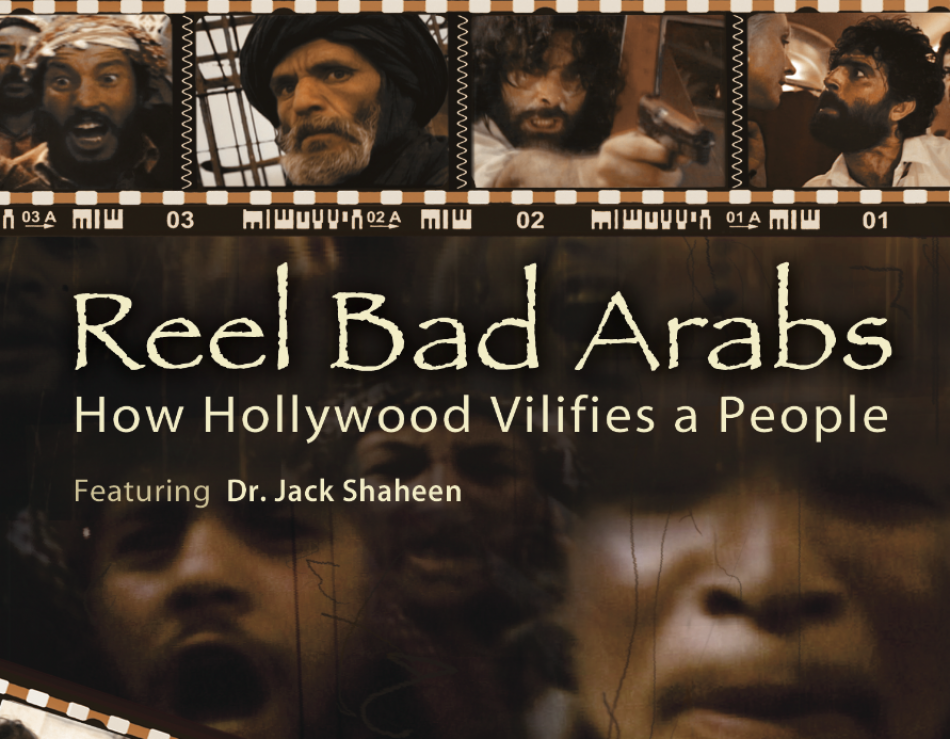 This documentary was an intellectual, thought-provoking, and worthwhile presentation. It is a powerful indictment of the American Propaganda Machine. It lays bare the inner workings of how the American Plutocracy employs media to shape and control the American populist opinion.

The film concentrates its efforts exploring how the American media system dehumanizes and shapes how most Americans view “The Arab”. (Media is referred to in this paper as any informational or entertainment outlet. ie print newspapers, magazines, books, TV news, TV shows and movies.) The documentary reviews thousands of films and news reports about Arabs or that contain Arabs in them. They count how many times Arabs are demonized and how many time they are humanized.

The results of this evaluation are overwhelming and undeniable. The media has consistently throughout American history has vilified and demonized people that society has labeled as Arabic. As the video points out so well, Arabs have equal diversity as any other group of people. Fair representations of Arabs can be found within the American media system but that is the exception to the rule.

Watching this film brings to mind other efforts to shine light on how the media is used to generate propaganda. Noam Chomsky’s, Manufacturing Consent, gives a similar narrative of the America propaganda system. Alison Weirs book, Against Our Better Judgment: The Hidden History of How the U.S. Was Used to Create Israel, also highlighted the unfair reporting and demonization of the Palestinian people.

Few Americans today are aware that US support enabled the creation of modern Israel. Even fewer know that US politicians push this policy on the American people through not only the evening news and Sunday talk shows but also using Hollywood movies, cartoons and video games.

The film points out that from the end of WWII American propaganda has unfairly represented the Israel Palestine issue. The American media system almost universally portrays the Israel as being the victims of Palestine as they wage terrorism and aggression against Israel. This would not be an outrage if it were true, however realty is the exact opposite. Israel is the terrorist state waging a war of genocide against Palestinian civilians.

I consider myself to be fairly open minded and aware of the discrimination that occurs in this world. So it did surprise me how many incidences of bigotry that occurred in media that I did not notice until the film pointed it out.