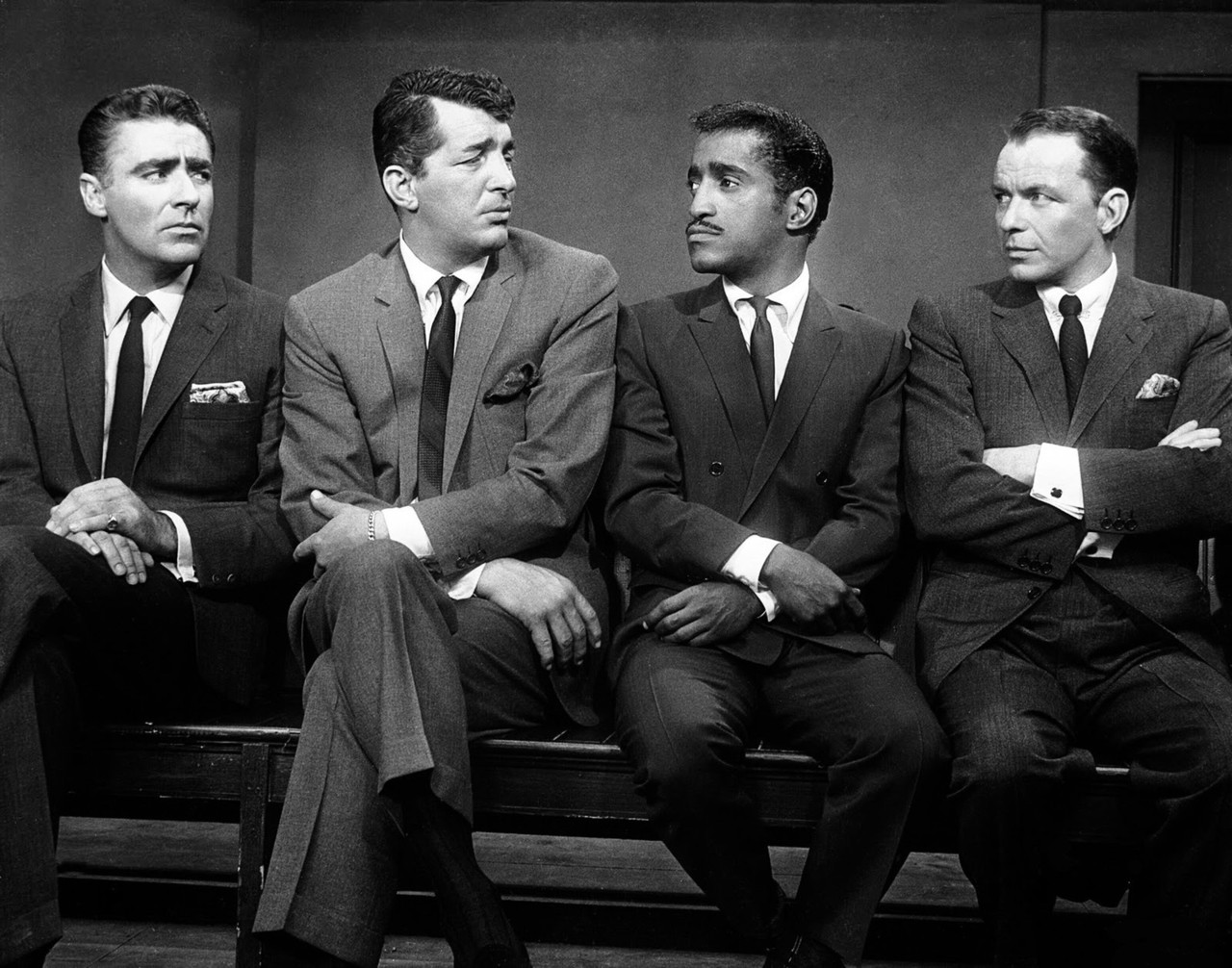 We salute the Rat Pack, a group of actors and musicians originally centered on Humphrey Bogart. In the mid-1960s it was the name used by the press and the general public to refer to a later group of entertainers after Bogart’s death. They called themselves several different names and centered around Frank Sinatra, Dean Martin, Sammy Davis, Jr., Peter Lawford, and Joey Bishop. They often appeared together on stage and in films in the early-1960s, including the movie Ocean’s 11. Sinatra, Martin and Davis were regarded as the group’s lead members.

In the 1998 movie “The Rat Pack” is a great portrayal of Sinatra & Company and uses an excellent soundtrack to put you in the times. It is excellent acting by all actors involved and especially from Ray Liotta and Don Cheadle as Sinatra & Sammy Davis Jr.. A major focus of the film was on Frank Sinatra’s relationship with President Kennedy which leads to some very dramatic scenes with powerful acting. Overall, We were very impressed and well entertained with this movie.