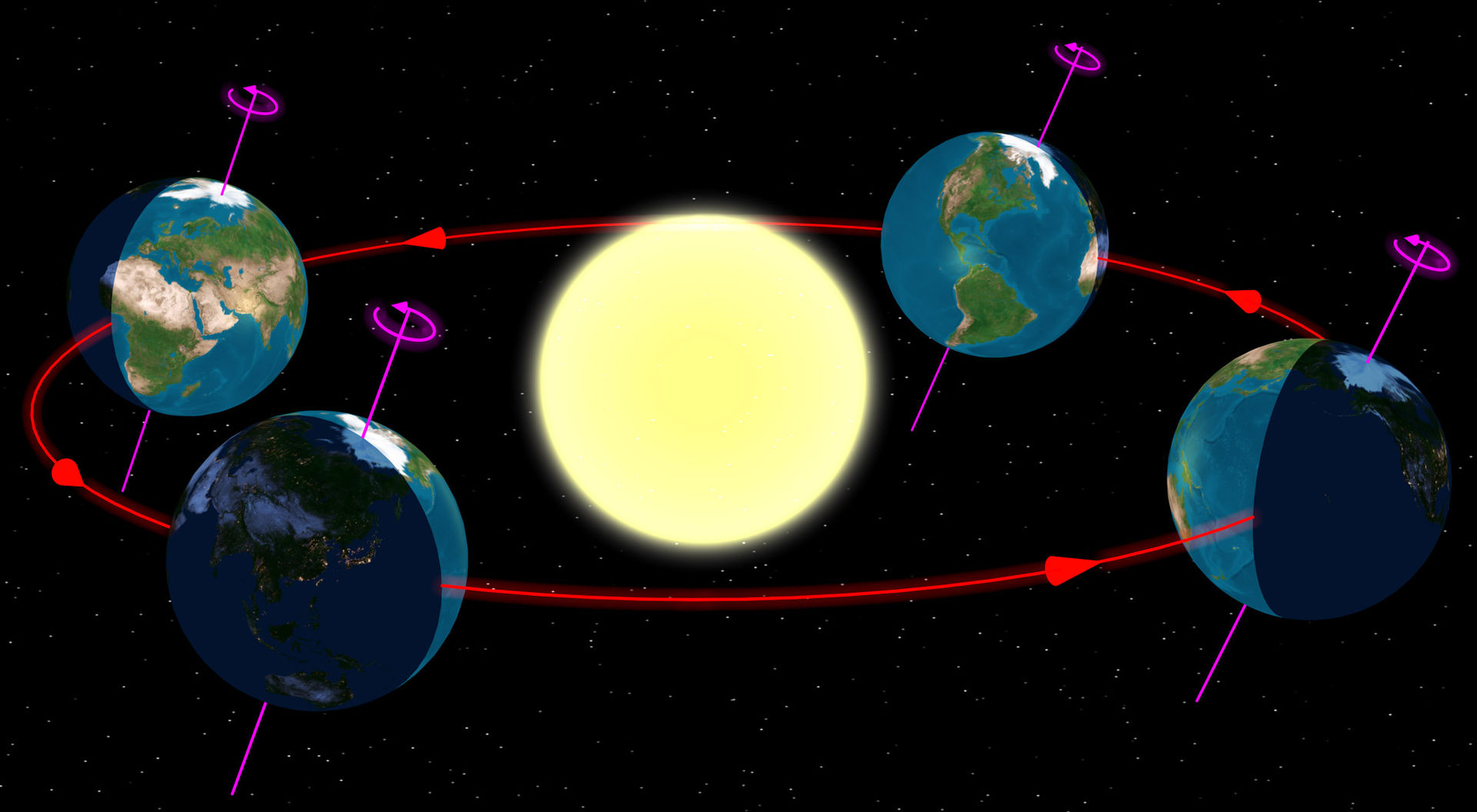 The word solstice is derived from the Latin "sol" meaning "sun" and "sistere" meaning "to stand still". During the solstices, the Sun stands appears to stand still in declination, In other words, the seasonal movement of the Sun's path, as seen from Earth, comes to a stop before reversing direction.

Is the Winter Solstice and the Perihelion Eelated?

Earth moves closest to the sun on January 4, 2017 at around 9:17 am EST. This event is called the Earth’s Perihelion. Meanwhile, the December Solstice took place on December 21 at at 3:44 AM EST. At the Perihelion in January the Earth is 91 million miles from the sun, in contrast it is 94 million miles away at the July Aphelion. During the winter solstice the Earth’s Southern Hemisphere is tilted most toward the sun and it’s mid summer in the southern hemisphere.

The date of Earth’s perihelion drifts back as the centuries pass. These two astronomical events are separated by about two weeks for us now. A few centuries ago they were closer together and in fact they happened at in 1246 AD. As time passes, these events will drift even farther apart. On the average, one revolution of the Earth relative to perihelion is about 25 minutes longer than one revolution relative to the winter solstice. The perihelion advances one full calendar date every 60 years. As the Earth’s perihelion progress the next alignment of the perihelion will happen at the same time as the March equinox in 6430 AD.

What Causes Seasons on Earth?

Seasons occur because Earth's axis is tilted at an angle of 23.4 degrees and different parts of Earth receive more solar energy than others. Because of Earth's axial tilt (obliquity), our planet orbits the Sun on a slant which means different areas of Earth point toward or away from the Sun at different times of the year.

Distance Does Not Cause Seasons

Earth’s Orbit, Not as Simple as You May Think