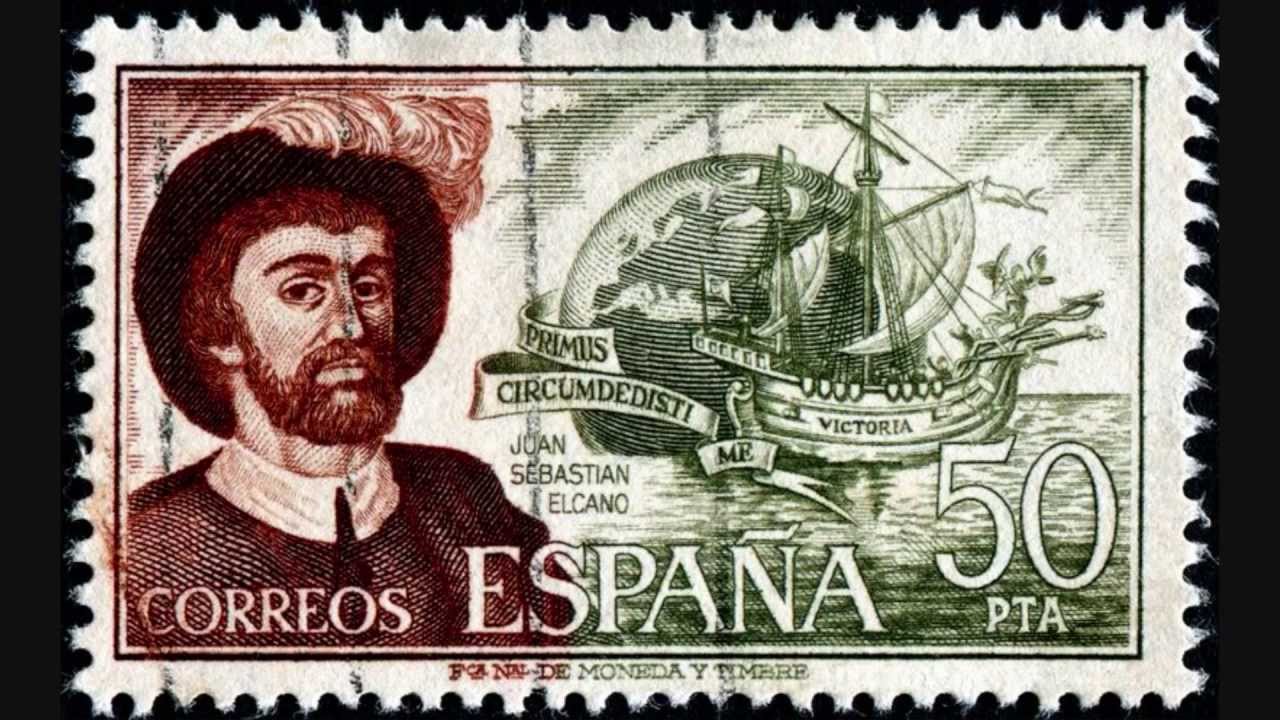 Who was the first to circumnavigate the world? The answer you receive will depend on who you ask. If you ask most of the world they will either say Joshua Slocum or Ferdinand Magellan, however both answers are wrong. If you ask someone from Spain they will say Juan Sebastián Elcano but that answer is only 1/18th correct. The world's first circumnavigation was completed by 18 people not just one. Now sit back and discover the tha amazing journey that started with 270 men and ended with only 18.

In October 1517 in Seville, Ferdinand Magellan presented his project to the Spanish king, Charles I. Magellan's project, if successful, would realize Columbus' plan of a spice route by sailing west without damaging relations with the Portuguese. The idea was in tune with the times and had already been discussed after Vasco Núñez de Balboa's discovery of the Pacific in 1513 when he marched across the Isthmus of Panama to the Pacific Ocean.

On 22 March 1518 the king named Magellan and Faleiro captains so that they could travel in search of the Spice Islands in July. He raised them to the rank of Commander of the Order of Santiago. The king granted them:

Out of 5 ships that started the journey, the Victoria was the sole ship to complete the circumnavigation.  The fleet provided by King Charles V included:

Departure and crossing of the Atlantic

On 10 August 1519, the five ships under Magellan's command left Seville and descended the Guadalquivir River to Sanlúcar de Barrameda, at the mouth of the river. There they remained more than five weeks. Finally they set sail on 20 September 1519 and left Spain.

After stopping at the Canary Islands, Magellan arrived at Cape Verde, where he set course for Cape St. Augustine in Brazil. On 27 November the expedition crossed the equator; on 6 December the crew sighted South America.

On 13 December the fleet anchored near present-day Rio de Janeiro. There the crew was resupplied, but bad conditions caused them to delay. Afterwards, they continued to sail south along South America's east coast, looking for the strait that Magellan believed would lead to the Spice Islands. The fleet reached Río de la Plata in early February, 1520.

Magellan established a temporary settlement called Puerto San Julian on March 30, 1520. On Easter (April 1 and 2), a mutiny broke out involving three of the five ship captains. Magellan took quick and decisive action. Luis de Mendoza, the captain of Victoria, was killed by a party sent by Magellan, and the ship was recovered. After Concepción's anchor cable had been secretly cut by his forces, the ship drifted towards the well-armed Trinidad, and Concepcion's captain de Quesada and his inner circle surrendered. Juan de Cartagena, the head of the mutineers on the San Antonio, subsequently gave up. Antonio Pigafetta reported that Gaspar Quesada, the captain of Concepción, and other mutineers were executed, while Juan de Cartagena, the captain of San Antonio, and a priest named Padre Sanchez de la Reina were marooned on the coast. Most of the men, including Juan Sebastián Elcano, were needed and forgiven.

Passage into the Pacific

The journey resumed. The help of Duarte Barbosa was crucial in facing the riot in Puerto San Julian; Magellan appointed him as captain of the Victoria. The Santiago was sent down the coast on a scouting expedition and was wrecked in a sudden storm. All of its crew survived and made it safely to shore. Two of them returned overland to inform Magellan of what had happened, and to bring rescue to their comrades. After this experience, Magellan decided to wait for a few weeks more before resuming the voyage with the four remaining ships.

At 52°S latitude on 21 October 1520, the fleet reached Cape Virgenes and concluded they had found the passage, because the waters were brine and deep inland. Four ships began an arduous trip through the long passage that became the Strait of Magellan. He first assigned Concepcion and San Antonio to explore the strait, but the latter, commanded by Gómez, deserted and headed back to Spain on 20 November. On 28 November, the three remaining ships entered the South Pacific. Magellan named the waters the Mar Pacifico (Pacific Ocean) because of its apparent stillness. Magellan and his crew were the first Europeans to reach Tierra del Fuego just east of the Pacific side of the strait.

Death in the Philippines

Heading northwest, the crew reached the equator on 13 February 1521. On 6 March they reached the Marianas and Guam. On 16 March Magellan reached the island of Homonhon in the Philippines, with 150 crew left. Members of his expedition became the first Europeans to reach the Philippine archipelago.

Magellan wanted to convert Lapu-Lapu, a local Chieftain, to Christianity but Lapu-Lapu rejected that. On the morning of 27 April 1521, Magellan sailed to Mactan with a small attack force. During the resulting battle against Lapu-Lapu's troops, Magellan was struck by a bamboo spear, and later surrounded and finished off with other weapons.

The Return to Spain

The casualties suffered in the Philippines left the expedition with too few men to sail all three of the remaining ships. Consequently, on 2 May they abandoned and burned Concepción. Reduced to Trinidad and Victoria, the expedition fled westward. When reaching the Maluku Islands (the Spice Islands) on 6 November, the total crew numbered 115. They traded with the natives for 26 tons of spices (cloves and cinnamon), worth it's weight in gold at that time.

The two remaining ships, laden with valuable spices, tried to return to Spain by sailing westwards. However, as they left the Spice Islands, the Trinidad began to take on water. The crew tried to discover and repair the leak, but failed. They concluded that Trinidad would need to spend considerable time being overhauled, but the small Victoria was not large enough to accommodate all the surviving crew. As a result, Victoria with some of the crew sailed west for Spain. Several weeks later, Trinidad departed and tried to return to Spain via the Pacific route. This attempt failed. Trinidad was captured by the Portuguese and was eventually wrecked in a storm while at anchor under Portuguese control.

Victoria set sail via the Indian Ocean route home on 21 December, commanded by Juan Sebastián Elcano. By 6 May 1522 the Victoria rounded the Cape of Good Hope, with only rice for rations. Twenty crewmen died of starvation before Elcano put into Cape Verde, a Portuguese holding, where he abandoned 13 more crew on 9 July in fear of losing his cargo.

On 6 September 1522, Elcano and the remaining crew of Magellan's voyage arrived in Spain aboard the Victoria, almost exactly three years after the fleet of five ships had departed.

Magellan had not intended to circumnavigate the world, but rather had intended only to find a secure route through which the Spanish ships could navigate to the Spice Islands. After Magellan's death, Elcano decided to push westward, thereby completing the first known voyage around the entire Earth.

Elcano was awarded a coat of arms by Charles I of Spain, featuring a globe with the motto: Primus circumdedisti me (in Latin, "You went around me first"), and an annual pension. The spice was confiscated by the king of Spain to pay for the ships lost in the voyage and the remaining crew received nothing.

The full extent of the globe was realized, since their voyage was 14,460 Spanish leagues (60,440 km or 37,560 mi). The global expedition showed the need for an International Date Line to be established. Upon returning the expedition found its date was a day behind, although they had faithfully maintained the ship's log. They lost one day because they traveled west during their circumnavigation of the globe, opposite to Earth's daily rotation.

In 1525, Juan Sebastián Elcano returned to sea, and became a member of the Loaísa expedition. He was appointed leader along with García Jofre de Loaísa as captains, who commanded seven ships and sent to claim the East Indies for King Charles V of Spain. Elcano died of malnutrition in the Pacific Ocean.

18 men returned to Seville aboard Victoria in 1522