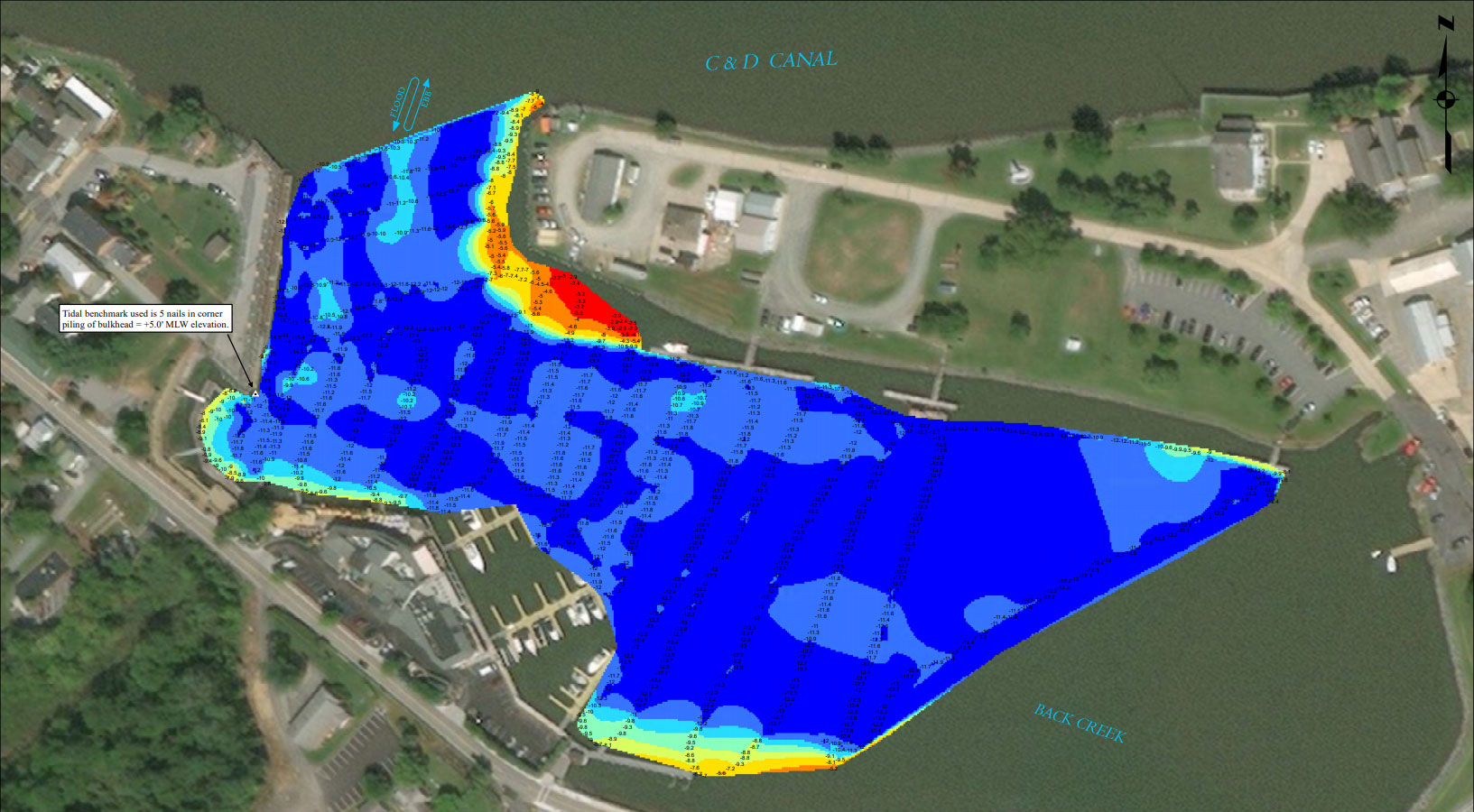 30 ft in length, with a depth of 8 ft
Electrical Outlets:  30A.
Potable water is available.

Free docking up to a maximum of 24 hours.  Electricity and water have a small fee.

About the C&D Canal

The Chesapeake and Delaware Canal, or commonly called the "C&D Canal", is a 14-mile (23 km) long, 450-foot (140 m) wide and 40 foot (12 m) deep ship canal that connects the Delaware River with Chesapeake Bay. The C&D Canal is operated by the U.S. Army Corps of Engineers, Philadelphia District. The project office is located in Chesapeake City, Maryland and is also the site of the C&D Canal Museum.

In Delaware, the canal is considered the “divide” between the northern and southern parts of the state. It is also widely considered the beginning of the Delmarva Peninsula, although the fall line onto the Atlantic Coastal Plain lies farther north.

The Chesapeake and Delaware Canal is a working waterway with over 25,000 vessels a year making the passage. This makes it one of the busiest canals in the world. A large portion of this traffic is commercial, including: large deep draft ships and tugs with tows.

The Chesapeake and Delaware Canal is open all year long, though during the winter, the canal may be occasionally closed or temporarily restricted to low powered vessels and small craft due to icy conditions.

Communications with the Chesapeake & Delaware Canal Dispatcher is not required for most pleasure vessels unless – a private yacht of 300 gross tons or more.

Due to the large volume of commercial traffic that makes use of the C & D Canal, it is recommended that all vessels, regardless of size, maintain a radio watch on VHF channel 13.

For more information, you may visit the Army Corp of Engineer’s C&D Canal page.